Marine Protected Areas in the ISR

Designated in 2010 under DFO’s Oceans Act with the following key objectives:

The three areas of the TNMPA, Niaqunnaq (Shallow Bay), Okeevik (East Mackenzie Bay) and Kittigaryuit (Kugmallit Bay), closely reflect the Zone 1a boundaries of the Beaufort Sea Beluga Management Plan (BSBMP). These areas within the Mackenzie River estuary are frequently used as habitat by beluga in summer, and are important subsistence harvest locations for the Inuvialuit. 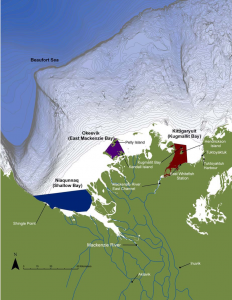 The ANMPA is located in Darnley Bay near Paulatuk and includes areas of high biological productivity used by Arctic char, beluga, polar bears, thick billed murres and a number of other species. This area is also an important subsistence harvesting area for the Inuvialuit. This Area of Interest (AOI) was officially announced as a Marine Protected Area on November 16, 2016.

For a look at a day in the life in the ANMPA, check out the film “The Keepers of Darnley Bay”. 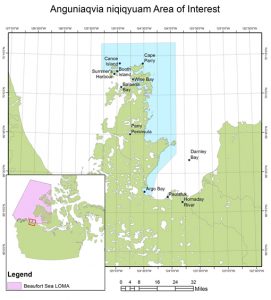