The FJMC Co-operators Awards were initiated in 1999 to recognize individuals or agencies that have made a significant contribution to the co-operative management of fisheries of the Arctic, in particular the fisheries of the Inuvialuit Settlement Region. The FJMC has three types of awards for co-management: 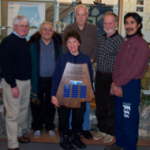 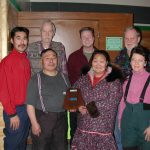 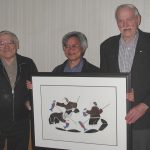 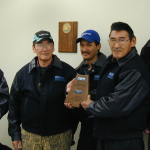 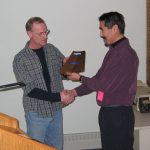 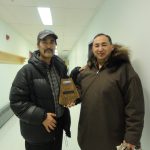 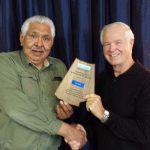 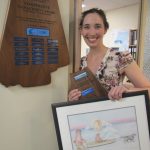 Jordan McLeod (Chair of the West Side Working Group, AHTC Director) accepting the 2014 Co-Operative Management Award on behalf of the fishers of Aklavik. 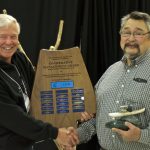